Robbie and I just got back from a 5-night trip to New York City. It was amazing and hilarious and he almost stepped on a rat in Times Square, but I’m going to save all of those stories for later. Right now I want to talk about my terrible choices in footwear.

Here are the shoes I brought with me. 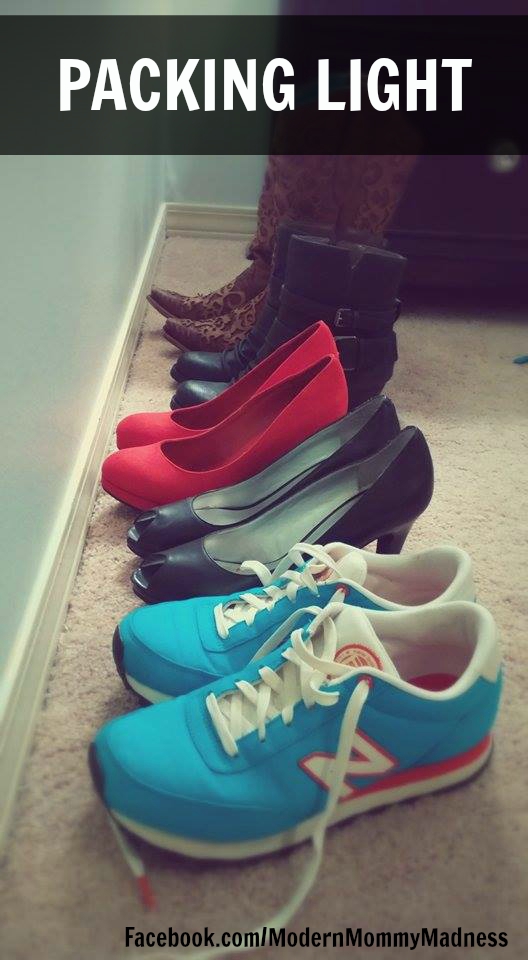 Now, don’t hate. I don’t get out much, especially without children, and I love an excuse to dress up.

I’m one of those girls who does not wear tennis shoes unless she is also wearing workout wear.

It’s totally fine if you just eye rolled me. I get it.

My family thinks I’m crazy, but it’s just how I’ve always been and I’m not sure how to be any different. It’s like a compulsion. When I think about things from a logical standpoint, I know that it doesn’t make sense to choose discomfort over comfort simply because it looks better, but isn’t that the very same line of thinking that would require me to also stop wearing Spanx under my dresses?!?

You know how sometimes a thought is so horrible that you have to actively choose to un-think it and never visit it again? That’s where I am with that. Because I REQUIRE Spanx.

So back to packing, I was feeling very smug about how smart and impressively pragmatic it was to bring tennis shoes with me for a days-long tour of a metropolitan area.

Look at how well I adult. Check out my skilled adulting. I am so adult-like that I packed my New Balance because that is the SENSIBLE thing to do. Adults make good choices. I am clearly making good choices. See my good choice?!

But then, we arrived in New York. And even though I had comfortable options, my new black booties called to me. I chose to answer the day we visited The American Museum of Natural History …

Which was followed by a walk through Central Park …

Which was followed by a lengthy trek through the subway system. 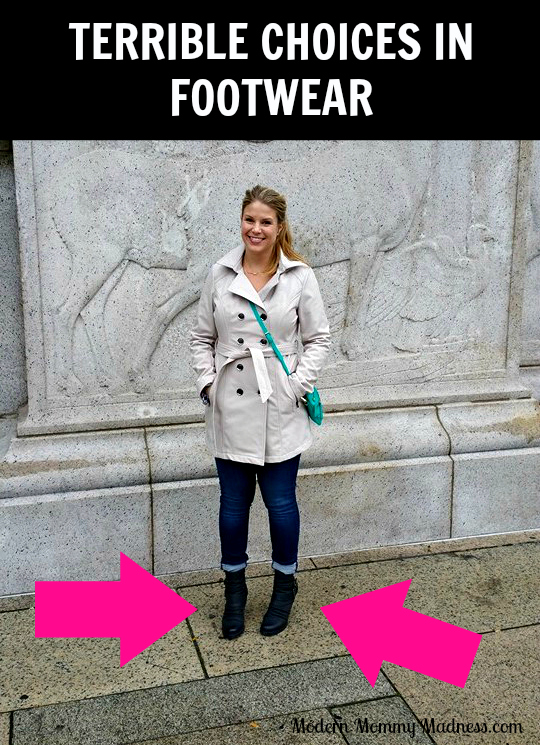 I WAS IN SO MUCH PAIN. At the time that this photo was taken, I was begging Robbie to get us a cab so we could just stop walking.

He pretended not to hear. He calls that “tough love.”

I’ll let you imagine what I called it.

7 thoughts on “Terrible Choices In Footwear.”