This week was … something. There are Elmer’s glue handprints all over our couch. Asher removed his wet diaper and tried to flush it down the toilet after he threw up in his sister’s room and played in it.

He got into the Bisquik AGAIN.

Maverick (with his severe outdoor allergies) ran out into the freshly-cut grass, stripped down to his underwear, laid down and made a “grass angel” in the clippings while I talked to Joe, our yard man. I kind of ignored it, hoping Joe wouldn’t notice.

Things were eaten that shouldn’t have been. Snow cones were dropped, heads were knocked, knees were skinned, tears were shed, games were played, and there was so. much. laughter. 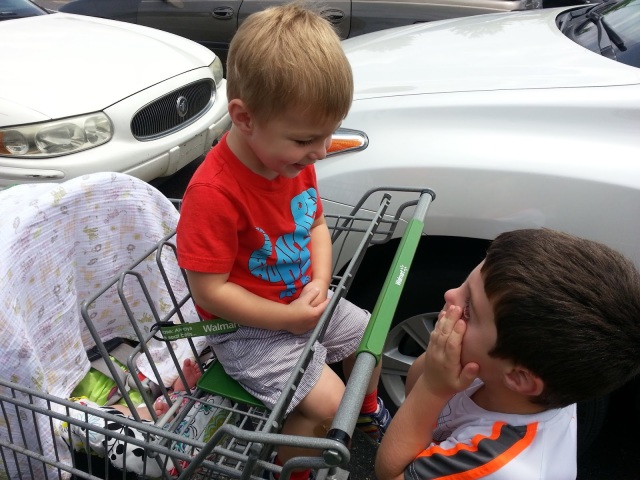 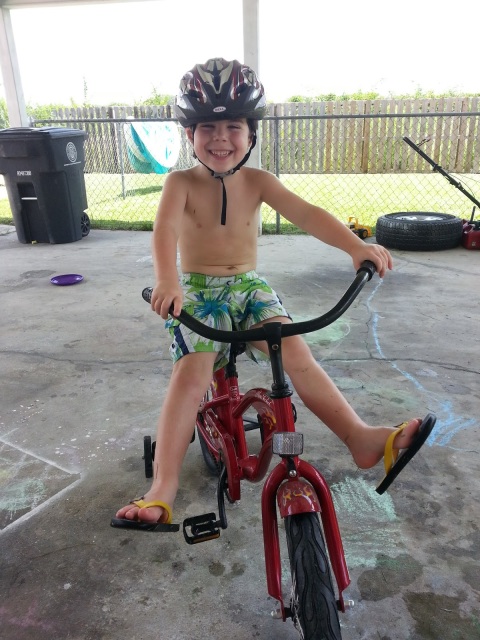 I always tell the ridiculous stories about my children … and believe me, there are many that I don’t share. Like the time that the camp director called to tell me that Maverick got in trouble at naptime for pulling the stuffing out of his sleeping bag, and when he was asked to stop, he started cramming it up his nose.

But I don’t talk enough about the magic. This week was tough. There were many moments where I felt like I was on a ride that wouldn’t stop and I WANTED OFF NOW. But in the midst of all the madness, there is magic. You may not believe me … I probably wouldn’t if I were you … but I promise I’m telling the truth.

There is magic in the quiet moments where I just hold one child, and my attention is only on that one little person and no one else.

There is magic in the moment where I realize that my oldest son knows how to clean up his own messes. Wash his own hair. Make his own sandwich. When he remembers to put the toilet seat down.

There is magic when my middle child spontaneously starts singing “Happy Birthday” to no one in particular. He’s 23 months old. Who taught him that? I’d like to thank whoever it was, because it’s awesome.

There is magic when my 8-week-old baby coos at me. When she smiles. She’s taking it all in, and she seems to like us anyway. Which is something.

Sometimes I get so sick of all of it. I get tired of never having money and the constant cycle of cleaning up after people and the nonstop demands. But then, it’s bedtime. And one by one, I put them in pajamas. I hold their small hands and pray with them and ask God to help me be a good mother and thank You for getting us through the day.

I feel their bodies relax — finally — as I tuck them in. Each one.

This is why, at the end of such an insane week, I am still happy. I’ve DONE something with my time that stretched on for eternity, even when it felt like I was accomplishing nothing. Suddenly the week is done, I survived, and it wasn’t that bad at all.

One thought on “Magic.”