Robbie — that’s my husband, and quite frankly I can’t refer to him as “Husband” anymore because it requires too much thought — said that I shouldn’t write so much about what goes on here because people will be afraid to be my friend or watch our children. I told him that is for the best. Let this blog be the sifter for the weak.

After we moved, Asher got sick. And then he got really sick, like poop running down his legs as I tried to keep up with it, as the baby screamed in hunger from her high chair, as Maverick had to make his own sandwich and feed his little sister her dinner, because all I could do was deal with the poop, sick. That went on for seemingly my whole life.

Sometime before he got completely better, Pepper suddenly learned to crawl and then several days later she started talking. One day she was saying “ba-ba-ba” and the next thing we knew she was saying “Mama,” “Daddy,” “Hello,” “Bye-bye,” “Maverick,” “Brother (or it might be Asher, we really can’t tell. It sounds like Bubba),” and “Night-night.” She also started waving, and didn’t like it when I left the room so now she follows me, in her slow, deliberate crawl.

It was all so charming. I mean, really.

But the charm and cuteness unfortunately coincided with hours and hours of unhappy screaming from her crib when she would normally would be sleeping. This is otherwise known as a sleep regression.

After many, many evenings of dealing with two rowdy boys plus a screaming baby who got upset every time I put her in her crib, I just couldn’t take it anymore. I guess by now I could have tried to rock her to sleep, but that isn’t sustainable for me. My kids all have to be okay with a kiss goodnight and a tuck into bed. After that, they’re on their own. Anyone who requires rocking or patting or singing or ANYTHING to sleep is not going to make it here.

Maybe that makes me a hard-hearted person, but I have limits of what I can handle when I’m parenting solo 98% of the evenings. Rocking a baby who is almost asleep when one brother head butts the other brother and busts his mouth open, and then having to start the rocking process over again after patching up the bleeding brother because the baby requires rocking to sleep, is SO FAR BEYOND MY LIMITS.

So I went to Target and I bought this elephant that sings and tonight she only cried for 30 minutes instead of her usual 90. 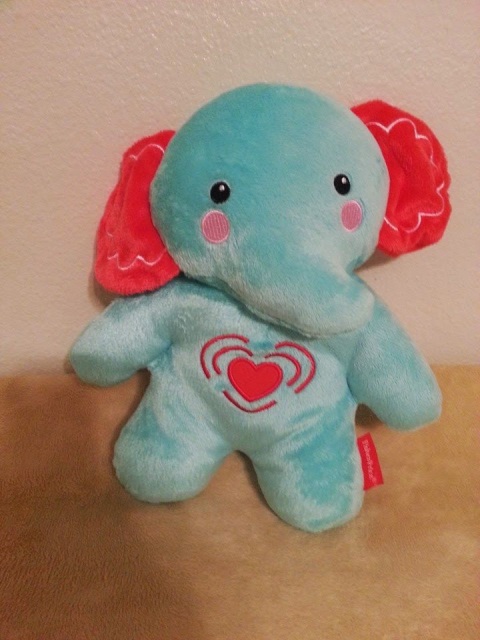 A friend of mine from high school emailed me this week and said babies are goofy and they make their mothers goofy. He’s so right. I am goofy. I’m also:

So really, goofy is one of my better traits.

One thought on “On Being Goofy.”