This week, after talking about it for months and putting it off, I finally gritted my teeth and decided it was time to get rid of the pacifier. We’d prepared Asher as much as we could, telling him he will be three soon (to which he replied, “I TWO.”), asking if he wanted to throw it into the ocean (“NO.”), making bold statements about how he doesn’t need his paci (“I DO NEED IT.”).

After considering several different options, I decided to clip the end of it off and see what happened. He came to me the next morning saying, “My paci is broken, see? Who broke it? Did Maverick? Did Pepper? Did Daddy?” Never once did he ask me if I broke it, because surely his own mother would never do such a thing.

I shrugged my shoulders and said matter-of-factly, “That’s just what happens when you get too old for a paci. They break.”

Oh, my heart. I smiled and told him no and changed the subject, but I really wanted to blurt out “No, you can’t because I am the one who broke your paci and then I threw away all the rest of them in the outside garbage can and you’re killing me right now by staring at me with your big eyes. Stop it now or I’ll cave and buy you new ones and you’ll end up with wonky teeth and a speech impediment like Grandma says.”

I don’t remember anguishing over these things with my firstborn. We forged ahead, looking forward to the next milestone … what will he do next? What new skill will he master? Maverick has rocketed through his short life while we applaud, but Asher falls into a different category. Robbie gets frustrated with him because he’s still a baby in a lot of ways, while I find myself hanging onto what remains of his babyness. But then he started making statements like “My penis lives in my diaper,” and “I smell like candy and toothpaste,” and talking about private parts. People could understand what he was saying because a pacifier wasn’t constantly in the way, garbling up his words.

He started forgetting to bring his blankie everywhere, and I knew the time had come: my baby boy is not a baby anymore.

The past few years have zipped by in an exhausting, emotional flash, and all I’ve got are pictures to remind me of how far we’ve really come.  So THIS is what they meant when they said to enjoy it because it goes so fast.

It goes so slow and it goes so fast and the whole thing makes my heart hurt; from sadness, from joy, or a little bit of both. 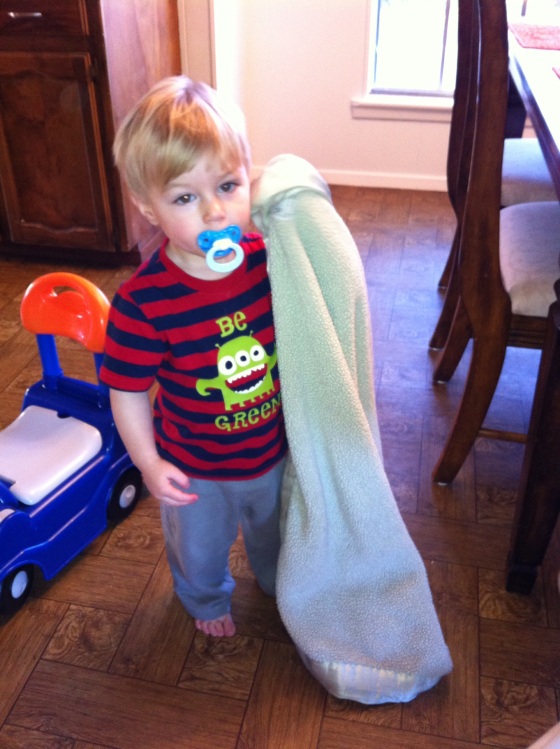 Looking over my pregnant belly.

Back in the days of the Pack N’ Play. Glad that’s behind us.

I love this picture of him sleeping.

Just before his sister was born. 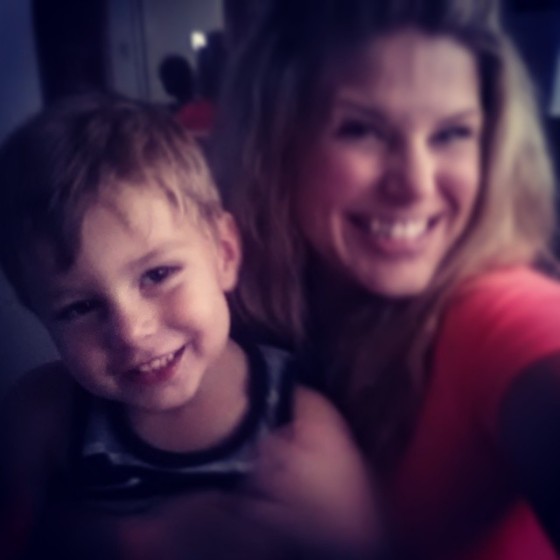 Asher, your mother is a wreck. I seem to save you from near-misses on a daily basis — today you nearly drowned in two feet of water, thank God I was close by — and now you’ve successfully given up your paci. I don’t know if I should laugh or cry or buy you a present. I guess we’ll tackle diapers next, and my heart will hurt over that, too.

When I get all three of you raised into adulthood I may disappear for awhile, like maybe I’ll go on one of those safaris where you come back with new boobs. Don’t tell Daddy.

5 thoughts on “So This Is What They Meant.”