Last night I had the most terrifying dream that I was in the kitchen cooking and a fire started, and it just kept spreading and spreading until I was entirely surrounded. I was YELLING for help, but my family didn’t hear me. They were all in the next room.

There have been times in my life when a friend confided something shocking to me that I didn’t know how to deal with, and I handled it poorly. When I was 15 and away at boarding school, my best friend back home got pregnant. She informed me via a handwritten letter that was delivered under my dorm room door, because it was 1995 and that’s how things were done before the internet.

I didn’t know what to say. I didn’t know what to do or how to process the thought of becoming a mother when we didn’t even have a license to drive. I’m pretty sure whatever my response was, it sucked. Just like when my high school friend called one day in July to tell me that he was gay. GAY?! I didn’t know anyone who was gay. I stammered and mumbled and got off the phone as fast as I could, because I didn’t know how to be with him in his fire.

These are the things I think of as I grapple with grief over the fact that we don’t know how much time my mother has left. It could be years. It could be days. No one can tell us for sure, because cancer is fucked up and unpredictable and incurable. And I am here, in this fire, burning. Seeing people fidget and stammer because they don’t know what to say because grief is uncomfortable. Death is uncomfortable. Dealing with loss when no one has died is a strange thing that isn’t easily explained. 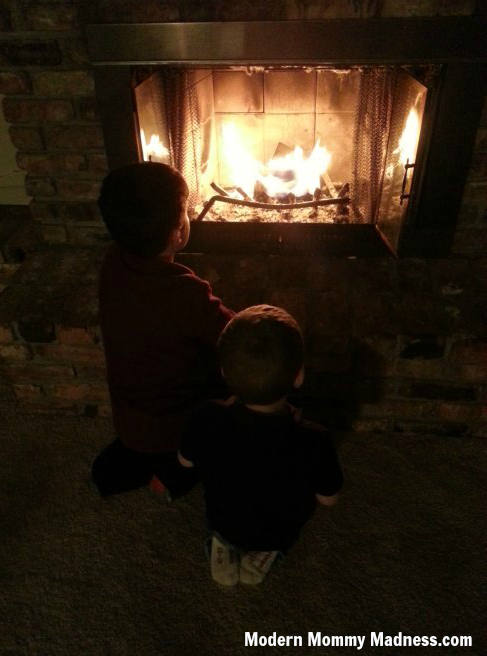 Yesterday I ran into someone I haven’t seen in a long time. You know how sometimes you meet someone and you just really love them and you don’t even know why? Well, there is a lady named Virginia that I feel that way about. I LOVE VIRGINIA.

She asked me a question — “How is your mom doing?” — and really asked it. She wanted me to tell her the truth. Most people might think they want to know the truth, until you start to tell them and they realize how horrible the truth is and they get weird and then you feel even worse because not only are you carrying around this emotional weight, but now you’ve gone and made someone else uncomfortable with it, too.

When Virginia asks a question, she expects an answer. And when I tried to glaze it over, she stopped me. She wouldn’t let me glaze it over. She stood with me, in my anger and in my grief. Do you know how rare that is, for us to stop our lives momentarily to really connect with another human, and stand with them in their mess?

What I didn’t know in 1995, but certainly realize now, is that all people really need is for others to genuinely acknowledge their suffering … even if it’s impossible to extinguish the fire that’s causing it.

6 thoughts on “Standing In The Fire”