Last Friday night, Robbie took me on a date …

That he arranged all by himself. My husband is awesome about doing that on occasion. I am very lucky in that respect, but unfortunately for him, I am not the date I used to be. At all.

On this particular night, I was exhausted and emotional and not very much fun. I tried to rally. I was there, wearing real clothes, standing upright. We had dinner, went to see Guns N’ Roses and Metallica cover bands, and didn’t get home until after midnight.

On the surface, it appears that I rocked that shit. But I think we all know better. 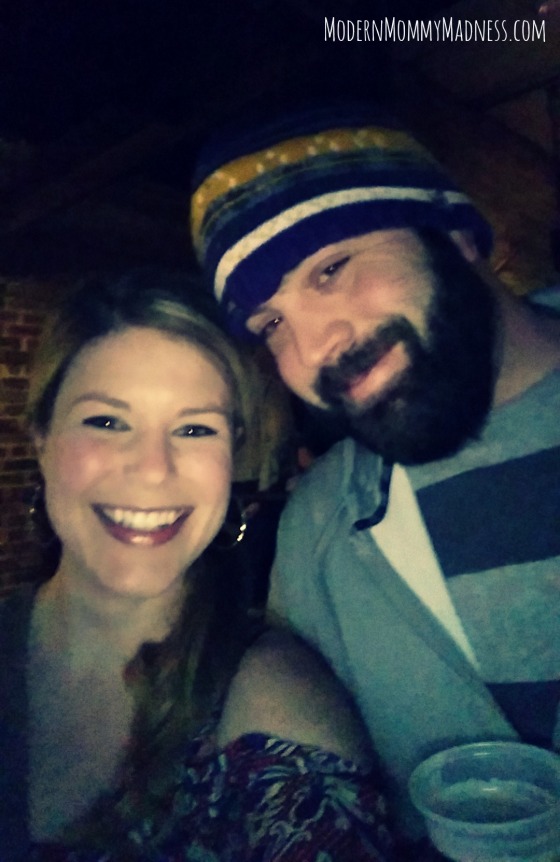 1. My toddler bit me on the shoulder twice this week. If you look closely, you can see the bruises. If that’s not sexy, I don’t know what is.

2. Since I was going to be in a classic rock-type situation, I tried to channel Gemma from Sons of Anarchy. I quickly realized that I lack the leather, the attitude, and the body type, so I went with disgruntled gypsy instead.

3. Despite the fact that I constantly tell myself I’m not out of touch, every time I leave my house and go to a place outside of my corner of suburbia, I am slapped in the face with the fact that I AM OUT OF TOUCH. I haven’t seen the inside of a collegiate music venue in so long that I got all weird and made Robbie retrieve the free draft beer because I didn’t want to have to ask the bartender for my free draft beer. “It feels rude,” I told him. When he hesitated, I made my disgruntled gypsy face.

4. Youths make me nervous. I don’t know if it’s because they draw attention to the fact that I’m yawning every 5 minutes (they aren’t), or because I’m bitter that I’ll be up at 6:00 a.m. with small children (they aren’t). When one got near me, I scooted closer to Robbie, but not too close, because …

5. I am officially at the point where I can’t even muster energy for sexy time on date night if I’m tired. I didn’t want to give him the wrong idea. Up until this point, I could be the tiredest I’d ever been, but if it was date night, it also meant sexy time. Those days are now over. What used to be “the tiredest I’d ever been” is now my normal resting state. My “tired” has taken on a new level. See #6 for details.

6. Apparently, when I’m as tired as I was last Friday, I get weepy and weird and even though I try really hard not to talk about our children (because, date night), I JUST CAN’T HELP IT. I ended up bringing up a stressful topic involving one of the kids and working myself up over it on the one occasion that I didn’t need to think about it. Because that was clearly the sensible thing to do.

7. When a girl ran onstage and flashed the audience, I gasped in horror. She escaped the security man and popped back up later. I kept thinking about her mother. This is how I know I’m not the date I used to be, because I stood there thinking, if my daughter ever pulled a stunt like that and I heard about it, I would be equal parts mortified and concerned and OMGWHATWOULDIDO?!

8. Metallica, and their cover bands, terrify me.

9. Head-banging terrifies me. Brains should not be shaken like that.

By the time I got home,  I just wanted to put on my adult-sized fleece onesie, take out my contacts, and insert my earplugs. Which is exactly what I did.

Don’t judge me … you don’t want to see my disgruntled gypsy side.

Axl Rose impersonator, in his underwear.

My husband is planning a date night and it involves Metallica and Guns N’ Roses tribute bands.

Stay tuned. This is gonna be good.