This morning, before Robbie left for work, he hugged me. I leaned against him, exhausted even though the day was just starting, and told him that I wish he was home more.

I try to avoid complaining about his work schedule or making snide comments about how he’s never around, because it only makes a difficult situation even worse. If I allow myself to go down that rabbit hole it never leads to anything but self-pity and resentment, and that doesn’t help anyone. He doesn’t want to work 60-70 hours a week. He is just doing what he needs to do right now for our family, and so am I. But that doesn’t mean that it’s not fucking hard. That doesn’t mean I don’t want to scream, “PLEASE DON’T LEAVE ME HERE ALONE WITH THESE CHILDREN!” every morning over coffee.

I feel tired and inadequate and unprepared. I run out of ideas for meals and discipline and I lose my temper. I am so tired that I’m sure that I’m not being the kind of mother that my children need and deserve.

Being on a tight budget means that there isn’t money for a sitter or even for bread sometimes. We just keep pressing on.

Sometimes I wish I had gone to school for something high-paying instead of Mass Communication. Sometimes I wish Robbie was a trust fund baby. But I didn’t and he’s not, and we met when we were both working at a grocery store. Trust fund babies don’t work at grocery stores. Neither of us had grand visions for the future … we just married for the love that struck when we were least expecting it.

Some people say that marriage is luck. I’m not sure what brought us together, exactly, but this morning I didn’t want him to go. I didn’t want to be a mom. Some days, like this day, everything is a struggle. Some days I need help.

I spent the rest of my morning fighting off feeling like I was drowning under waves of snotty children. I counted down the hours until bedtime and told myself over and over again that I could get through not only today, but the next day and the next. And then it was nap time.

I put the younger two down and caught a glimpse of myself in the mirror — I needed a shower. I headed into my oldest child’s room and tucked him into his bed with the Kindle. He mumbled something I only caught the end of, so I asked him to repeat it.

He looked at me very seriously and said, “You make me have a good life.” 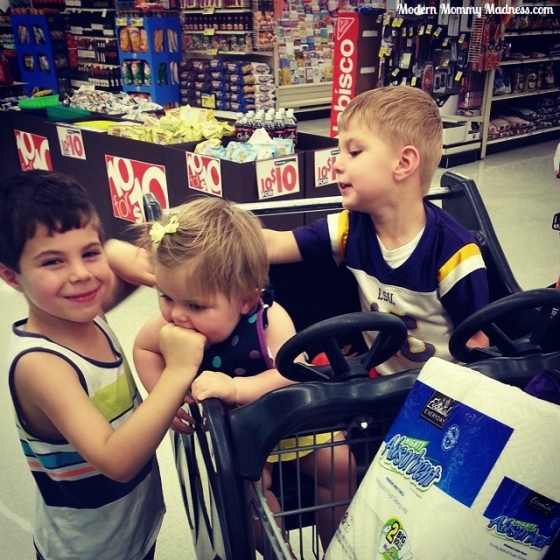 My eyes filled with tears. “YOU make ME have a good life,” I said. Because he does.

My husband and my children are the very breath I breathe. I don’t just exist; because of them, I LIVE. My days are long and lonely, but that moment reminded me that the energy I pour into my family isn’t wasted or unnoticed. It’s making them have a good life.

So maybe this day isn’t so hard after all.