Maverick just wants to have fun.

That’s simple, right? He’s a kid — of course that’s what he wants.

I feel dumb saying this, but I’m going to say it anyway simply because I can: I have spent the past 6.5 years feeling frustrated on and off,  because I couldn’t figure this kid out. He is an enigma. If you know me personally or have followed my blog for awhile, you know what I’m talking about.

At best, my son is a delightful, charming, witty, beacon of joy with a very clear, loud voice. He generally shouts, which is why I categorize his tone into “talk-shouting” and “shout-shouting,” which is not the same as the “yellisper” that I tend to do when I’m really upset.

Today I yawned, and he noticed, because he notices everything, and he talk-shouted, “MOMMY, YOU CAN SLEEP WHEN YOU’RE DEAD.”

At the store, he shout-shouted, “OH MY GOSH, MOMMY, IT’S CHARMIN ULTRA-STRONG. WE HAVE TO GET IT. YOU KNOW HOW DADDY USES SO MUCH TOILET PAPER? THIS WILL SOLVE THE PROBLEM.”

Older ladies giggled as they wheeled their carts past us. One woman looked at me and whispered as she reached for the Kleenex, I had three of them, too. They’re adorable.

Thank you, I said. Because really, what else is there to say? They are. And this lady was still alive, after raising her three to adulthood. There is hope for me.

I’ve written about Maverick countless times. The tantrums. The mood swings. My inability to cope. The list of my concerns was endless, just like the notes sent home by his preschool teacher. “I have a problem child,” I’ve said over and over to close friends and family. “He’s a wonderful boy … but he is so hard to parent.”

Maverick has big ideas. Maverick is an entertainer. Maverick loves to laugh.

A year or two ago, epic battles waged when I was home alone with two, and later, three children for very long, hard days. I would collapse on the couch after wrestling them into bed, feeling like an utter failure in a million different ways and wondering what the hell was wrong with my eldest child.

My husband assured me I was doing a great job. “You’ll see,” he’d say. “He’s just like I was at that age. He’ll be fine.” But in the back of my mind I always worried, not because my husband isn’t an amazing man, but because of what he went through to get there. Do mothers know when their children are psychopaths? Was my child a psychopath? Would I recognize it in him if it were so?

And then, because I’m in a newly-released book and there are a lot of random promotional-type requests for head shots and snippets or, in this particular case, childhood photos, I went to my parent’s house. My baby pictures, which were once encased in a thick, emerald green photo album — the old kind, with sticky pages — are now tucked safely in a photo box. My mom sat on the couch as I opened the cabinet and pulled out the container.

It was heavy with memories.

For the next hour, we sifted through the faded photographs. I was a happy child, grinning in almost every single picture. Looking at 6-year-old me made me feel like I was home. Do you know that feeling? It feels like this picture looks. Like fun and carefree silliness in the warm sun with no one around to see it. That was my childhood in a nutshell.

I was lost in thought when I heard my mom say something that caught my attention.

“You laughed all the time,” she said. “Just like Maverick.”

Just like my son. My mysterious, challenging, emotionally-charged son. The one who is too smart for even our craftiest parenting tricks. The one who at age 3 asked us if Santa Claus was real, and knowing I could never lie to him, lest he never trust anyone ever again, I took a deep breath and matter-of-factly stated that Santa is not real.

Same with the Easter Bunny and the Tooth Fairy and every other make-believe creature, which forced me to endure years of chastising from my husband for robbing our child of a magical childhood. I don’t know what to say, people. I’m not a liar, and Maverick is a challenge. I do the best I can.

I went home replaying what my mom said: I laughed all the time, just like Maverick.

Laughing gets me through a lot.

This week Maverick is on Spring Break, and I have spent my time really paying attention to his laughter. This worked out well for me, because in all seriousness the extra laughs saved me from having a major meltdown. I made a conscious effort to practice laughing with my child who loves to laugh. Instead of getting annoyed with his flair for drama, I made jokes about it and we both ended up giggling. No one was mad. There were no slammed doors. One afternoon we even chorused together in angst, “LIFE IS HARD!”

When he whined about what was for dinner, I assured him he would love it — it’s POOP CASSEROLE! His favorite! We shared knowing looks and a lot of inside jokes this week. My mom was right. Maverick loves to laugh … just like me.

If there is anything I understand, it’s humor.

And because of that, I finally understand my son. 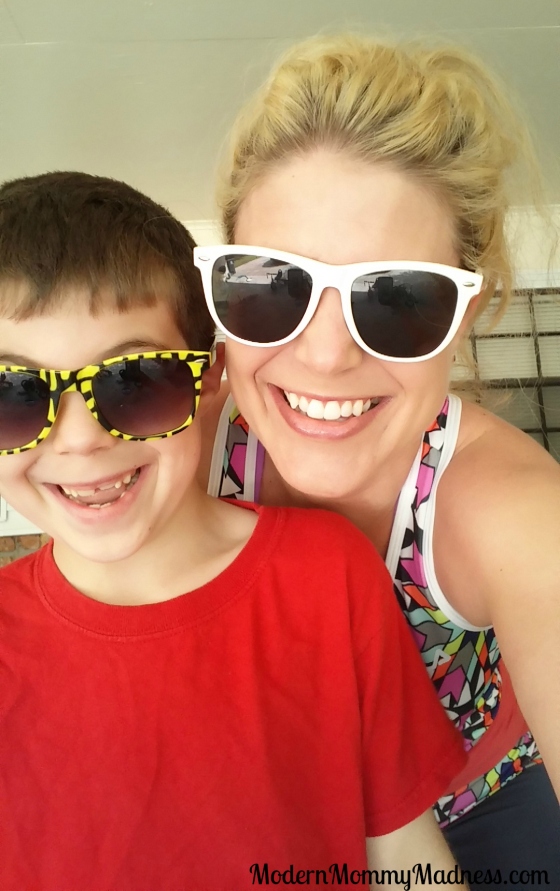 If you liked this post, then you will LOVE I Still Just Want To Pee Alone! Click here to find out more!

13 thoughts on “You Can Sleep When You’re Dead: Lessons From My 6-Year-Old”